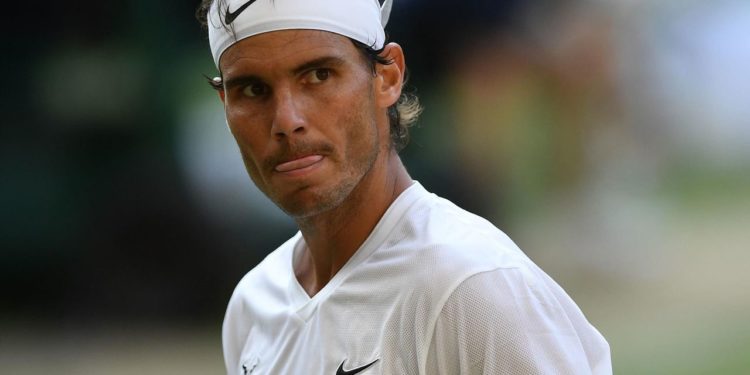 Rafael Nadal announced on Thursday that he was withdrawing from Wimbledon after failing to recover from an abdominal injury, ending his hopes of a calendar Grand Slam.

Semifinal opponent Nick Kyrgios will receive a walkover into Sunday’s final, where he will play either top seed and six-time champion Novak Djokovic or Britain’s Cameron Norrie.

Nadal, a 22-time Grand Slam champion, struggled with the injury in a gruelling five-set win against 11th-seeded American Taylor Fritz on Wednesday.

“I have to pull out of the tournament. As everybody saw yesterday I have been suffering with the pain in the abdominal area,” he said.

“I have a tear in the muscle.”

Nadal, the second seed, was visibly in pain during his match with Fritz and was forced to take a medical time-out in the second set.