by Our Correspondent
in Featured
0 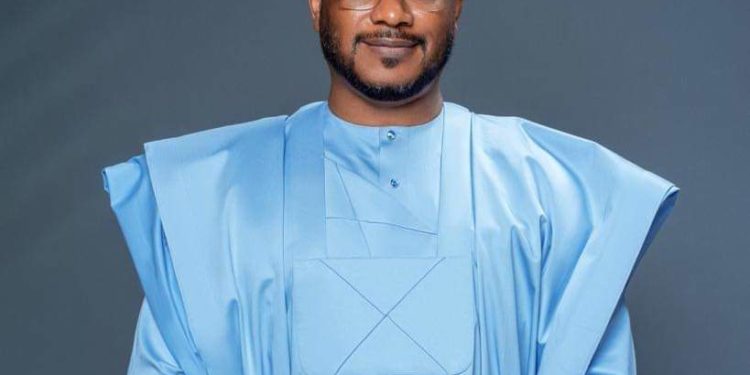 Dr. Dauda Lawal on Wednesday, 25th May 2022 emerged as the Peoples Democratic Party (PDP) candidate for the forthcoming 2023 governorship election of Zamfara State.

In politics, trust is the coin of the realm. The essence of primary elections is to elect the best for the job, a person generally admired and close to the hearts of the electorates. For that, the Zamfara chapter of the PDP deserve accolades settling for the best in its just concluded primaries.

To govern states facing numerous humanitarian challenges especially in modern bureaucracies is complex, but with competence and dexterity it becomes easy. For the first time in the history of Zamfara State there would be on the ballot a man with highly consistent character like Lawal.

Good character is the single most important attribute of a successful and worthy life. The Zamfara PDP gubernatorial candidate, Dauda Lawal holds this principle so dear, and that is why he strives for excellence and touches lives anywhere and, in any position, he finds himself. Read below 12 facts you need to know about Dr. Dauda Lawal:

1. Born on the 2nd of September 1965 in Gusau, the capital city of Zamfara State. Lawal obtained both Bachelor and Master of Science degrees in Political Science from the prestigious Ahmadu Bello University, Zaria in Kaduna state. In appreciation of his numerous services to humanity and country, he was awarded the honorary Doctorate Degree by Usman Danfodio University, Sokoto. In similar vein, the IHERIS University of Togo awarded him with another Doctorate Degree. He received the prestigious African Achievers Award in 2021 at the Kensington Palace London United Kingdom.

3. Dauda Lawal worked assiduously surpassing his targets regularly. He joined the Board of First Bank in 2012 and until his appointment as the Executive Director, North, he was the Executive Director, Public Sector, North. He was previously Executive Vice President, Public Sector (North), and held several management positions within the bank including Business Development Manager (BDM), Maitama, Abuja, where he grew the bank’s business with the Abuja Metropolis as his principal remit.

4. He has over 26 years post qualification experience which covers commercial and public sector banking. Dauda’s dexterity has recorded strong achievements in his present function as executive director. He is a two-time recipient of the First Bank CEO Merit Award for Outstanding Performance as the “Best Business Development Manager” in 2006 and “The Most Enterprising Staff” in 2009.

6. Dauda Lawal spent over 25 years in the banking sector, from scratch to the peak of his career. In 2018, he resigned as the Executive Director of First Bank, the oldest and biggest bank in Nigeria. Lawal’s hard earned money is always channelled in promoting the welfare of others and providing support to public institutions, especially in areas of education.

7. Lawal’s philanthropic footprints were visible in Federal University, Gusau where he constructed a dual three-and-a-half-kilometers road, and a security gatehouse. He built 350 fully furnished female and 250 capacity male hostels at the School of Nursing and Midwifery, Gusau and paid for the accreditation of the school. While in the School of Health Technology, Tsafe he built a set of well-equipped four blocks of classrooms. He Built several mosques and Islamiyya schools, as well built a modern cemetery equipped with modern facilities within Gusau metropolis.

8. Lawal’s intervention is beyond his state Zamfara, he built well-equipped blocks of classrooms at Police College, Kaduna; also built the Police College Friday Mosque and Islamiyya classrooms all in Kaduna. He renovated blocks of classrooms and built a computer lab at Government Secondary School Kachia. He constructed a Juma’at mosque at ITN Zaria, as well as renovated the famous Railway Station Juma’at Mosque in Kaduna State.

9. In Ahmadu Bello University Zaria, his alma mater, Lawal built a three-storey building consisting lecture halls and staff offices; donated a brand-new costa bus to the department of Political Science, where he graduated. He also built blocks of classrooms fully equipped at the Faculty of Medicine, Usman Danfodio University, Sokoto.

10. Guga village in Katsina State is the hometown of Lawal’s mother and where he obtained his primary education. Lawal built a standard Primary Healthcare for the town; renovated schools; built a computer lab. He provides portable water for the whole community using motorized borehole through solar.

11. To create jobs and reduce the high level of unemployment in Zamfara State, Lawal established Zam blocks, the largest block industry in the state. He established the Zam rice mills, Azuma water, and Zam agrochemical (the biggest fertilizer blending company in Northern Nigeria).