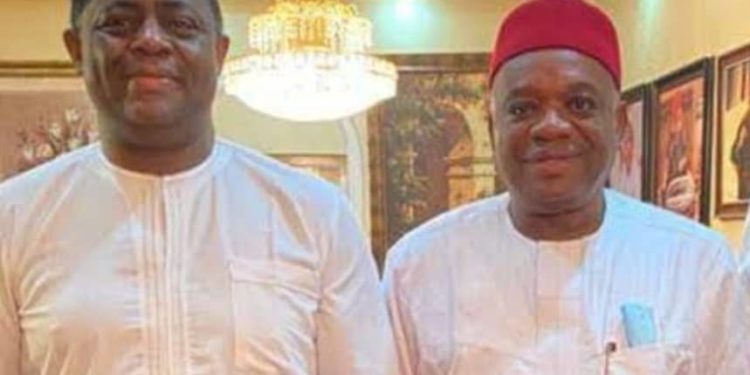 At a meeting held in Abuja on Thursday, members and chairmen of eight sub-committees of the campaign organisation were equally announced.

LEADERSHIP learnt that the team met behind closed-doors to fine-tune strategies and consolidate on the gains made so far.

Lawan’s campaign team led by Kalu is expected to strengthen the campaign organisation and build a stronger cohesion that would deliver the APC presidential ticket to the Senate President during the forthcoming presidential primaries,  and ultimately lead him to victory in the general election in 2023.

LEADERSHIP recalls that before now, Fani-Kayode was the deputy chairman of Yahaya Bello campaign organisation.

Others include Finance and Budget committee to be chaired by Auwal Lawan and Senator Sani Musa as co-chairman.

Senator Ikechukwu Obiora is chairman of Strategy and Planning Committee with Senator Betty Apiafi as deputy chairman; Contact and Mobilization is to be led by Kano North Senator, Barau Jibrin, as chairman, and Delta Senator, Peter Nwaoboshi, is the deputy chairman.

The Security and Intelligence committee is led by a former director-general of DSS, Mallam Lawal Daura, while Commodore Mohammed Barau (rtrd) is the deputy chairman.

Others were Transport and Logistics committee to be chaired by Katsina South Senator, Bello Mandiya, and

Why I Chose Not To Return To House Of Reps – Peller