2023: Nigeria’s Next President Has Been Determined By God – Kumuyi 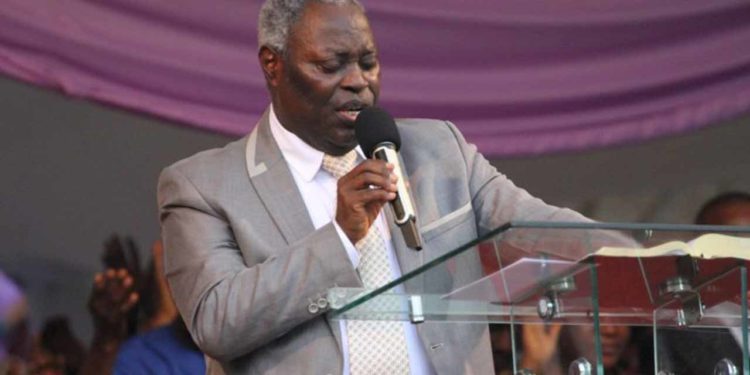 Founder and general superintendent of the Deeper Christian Life Ministry, Pastor William Folorunso Kumuyi, on Wednesday, said the next Nigeria’s president has been determined by God.

Kumuyi, who said nothing would change God’s plan for the country in 2023, noted that God controls everything that happens in the world.

At the palace of Osemawe of Ondo, Oba Victor Adesimbo Kiladejo when he paid a homage to the monarch ahead of the Global Crusade for Kumuyi, GCK, scheduled to start in Ondo town on Thursday, the Cleric expressed the confidence that God will answer the prayers of ‘conscientious People’ who had been praying for President Buhari’s successor.

Kumuyi said, “As to next year, 2023, about the election, everything is in the hand of God. I want to tell you, that no pin drops anywhere in the world without God’s knowledge and nobody goes ahead without God’s control.

“He controls everything that happens in the world.
Will there be an election, or will there not be an election? Who will come out as the president of our country and who will come out of the governor of each of the states is known unto God?’’
Also at the governor’s office, Governor Oluwarotimi Akeredolu commended Kumuyi for his passion at preaching the gospel of Christ, saying his visit to the state had ushered good tidings.
Akeredolu lauded Kumuyi’s prowess as a former lecturer to the preacher of the gospel and accepted the invitation to be at the crusade with some of his cabinet members.