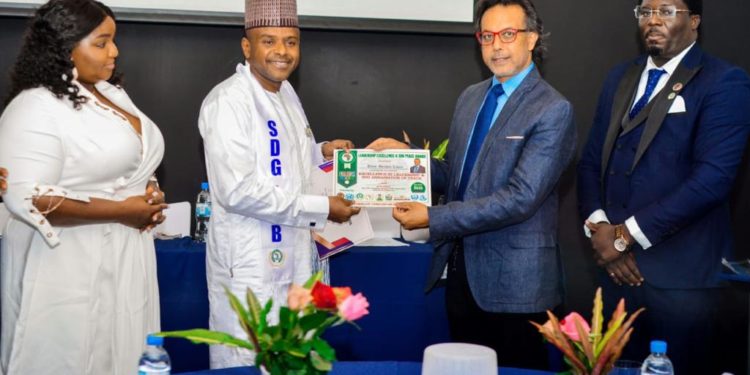 The Head of Mission for the International Peace and Governance Council (IPGC Africa), His Excellency, Amb.. (Dr) Jonathan Ojadah Daniel, affirms that the youth of African countries should strive for peace in their respective countries, they protect those who invest in endless wars, and strive for the development of everyone involved.

He made the remarks on May 26, 2022, at the conclusion of the PAN AFRICAN LEADERSHIP SYMPOSIUM AND HONORS, an International Conference of Peacekeepers, which led various organizations in their respective countries to take part in assisting the people in various issues. The 6th Edition of PALESH KIGALI 2022 event was held at Park Inn, Radisson , Kigali, Rwanda following a 3 days Executive Masterclass on Strategic Leadership anchored by Greenfield Executive Education. 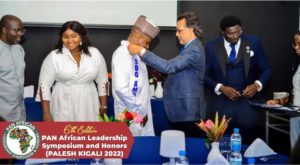 Alh. Umar Ibrahim, a recipient of the SDG Ambassador of Peace award stated that “In many parts of the African continent, young people are the majority but they should be united and fight for peace, be able to listen to those who are involved in many issues including the endless wars that are blocking these countries, but they are looking for something to do that will help them develop and find jobs,” he said. These countries in the future, so they too can strive for development, and protect those who seek their own interests from exploiting them, ”he said.

Amb Mateso Ferdinand, Chairperson of IPGC / Rwanda and Chairperson of SAYP / Rwanda, Advocacy for Law and Peace, said that young people should be involved in the governance of their countries and strive for lasting peace, which is what they want. work together or put them together so that they can achieve integrated development. 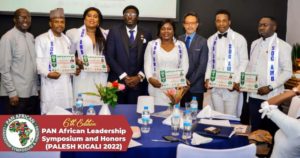 “It simply came to our notice then. To achieve this is to dedicate themselves, is to do something and put it together so that they can achieve development. ”

One of the UN SDG Amb. Of Peace award recipient, Amb Charline Prazen Chimoko from Zimbabwe, says the efforts of African youth should be sustainable in their home countries, avoid investing in their own countries, and instead focus on how to study and develop pesticides instead of vaccines. to take them out of other countries because the people are in a state of turmoil and peace is undermined, the governance of the States would not have helped it and it would destabilize the country. It is up to us to change the face of our home countries.

Other recipients like Amb Mahouagbeu Alina Outtara from.Ivory coast believes that countries should give equal opportunities to all, rather than giving opportunities to some people because that is what unites the people of the country. When there is a segregation of the people and some of them are deprived of the opportunity, it gives the lie a chance and it is necessary for the people to be angry until the youth are involved in the destruction of the country and they are the ones who are the ones who are uplifting, fighting for its progress. 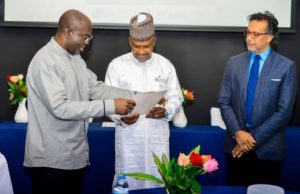 The event, named after Palesh Kigali 2022- PAN – Africa Leadership symposium & honors), was attended by Ambassadors of Peace from their countries including; Rwanda, Zimbabwe, Nigeria, Cote d’Ivoire and the Democratic Republic of Congo (DRC).

The IPGC / Rwanda was given to the leaders including; Mateso Ferdinand is the CEO and Dr Muvara Fidele is the Deputy, Samuel Niyigaba is the Secretary, Finance and Management Officer is Uwimana Delphine and Solange Musanganire is the Minister for Foreign Affairs.

The meeting also coincided with the celebration of the founding of the African Union, which was established on May 25, 1963, at the age of 59.