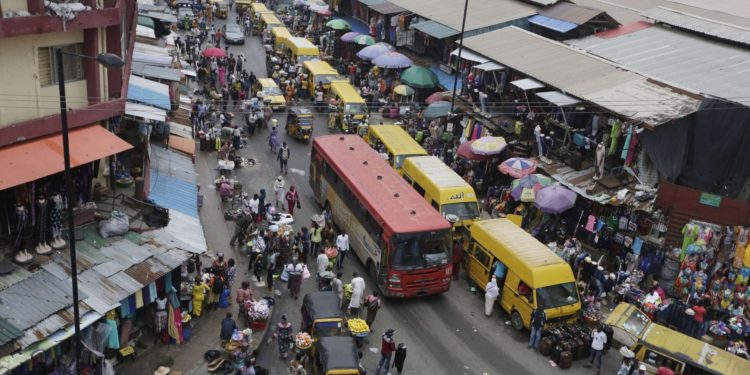 A recent report by the Economist Intelligence Unit (EIU) has placed Nigeria’s commercial capital, Lagos, as the second-worst city to live in.

The EIU is the research and analysis division of the Economist Group with headquarters in London, UK. Among others, it provides five-year country economic forecasts, country risk service reports, and industry reports

The EIU 2022 ranking of the world’s most liveable cities placed Lagos as the 171st of the 172 countries it ranked. Scoring a low 32.2 per cent, Lagos was just a little above Damascus, the capital city of war-torn Syria, with Libya’s capital Tripoli coming in third place.

The EIC bases its assessment on five indices of human development: education, healthcare, culture and environment, stability and infrastructure.

According to the EIU report, each factor in a city is rated as acceptable, tolerable, uncomfortable, undesirable or intolerable. For qualitative indicators, a rating is awarded based on the judgement of a team of expert analysts and in-city contributors. For quantitative indicators, a rating is calculated based on the relative performance of a number of external data points. The scores are then compiled and weighted to provide a score in the range 1-100, where 1 is considered intolerable and 100 is considered ideal. The liveability rating is provided both as an overall score and as a score for each category.

The report identifies wars, conflicts and terrorism as the three factors that make life terrible in the affected country.

On the flipside, the report listed Austria’s capital Vienna as the most liveable city in the world in the period under review. Copenhagen the capital of Denmark; Calgary, a city in Alberta, Canada; Zurich the capital of Switzerland, and Vancouver, a city in British Columbia, Canada, complete the top five best cities to live in.

From the report, Lagos is said to have scored very low in all the five metrics used to assess an individual’s standard of living: 20 per cent in stability; 20.8 per cent in healthcare; 44.9 per cent in culture and environment; 25 per cent in education, and 46.4 per cent in infrastructure.

In the past five years, Lagos has not really made much of an improvement in these liveability ratings, always coming in at the wrong end of the ladder.

In 2021, Lagos was ranked the second worst city to live in after Damascus. In 2020 the ranking was shelved due to Covid-19 challenges, but in 2019 Lagos was rated the worst city live in globally.

Earlier in 2018, the country’s most densely populated city was the third worst city to live in among 140 cities ranked, while a year earlier in 2017, the first time the assessment was done, it was rated the second worst place to live. So, consistently, Lagos has remained sat towards the bottom of the ladder in the last five years.

As a newspaper, we do not completely agree to the blanket statement that Lagos is the second most terrible place to live. First of all, the EIU’s Liveability Ranking and Overview for 2022 covers only 173 cities in the world selected due to their importance to international commerce. There are thousands of cities not covered in this study, so the sample size is very limited. What this report represents is that Lagos is the second worst place to live in among 173 cities selected for their economic importance world-wide, in the opinion of the EIU.

Nevertheless, it is a sore point that Nigeria’s former administrative capital is always sharing company with cities in countries like Syria, Libya and Pakistan – countries torn apart by years of war, conflict and terrorism. Lagos does not suffer any of the above distractions. However, living in Lagos is tough for anyone – what with the horrible traffic snarl-ups that motorists have to endure every day; the street cult gangs that harass, terrify, kill and commit other crimes every day; the decades-old failure of infrastructure development to catch up with the city’s dense and rising population; the failure to keep and use reliable personal information data for governance planning and crime fighting. The list is long.

Since 1999, successive state administrations have done a lot to uplift the standard of living of Lagos’ residents, however, this kind of report should encourage the state authorities to critically examine their governance priorities and see what they can do to make life more liveable in Lagos.