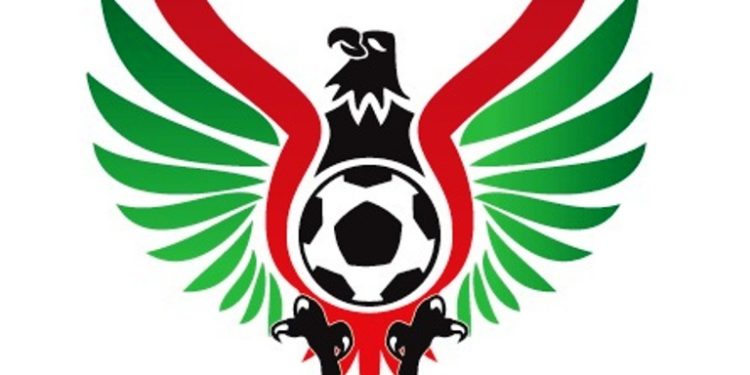 Leadership of the League Management Company (LMC) began strategic consultative meetings with some significant participants in MatchDay management to review the season so far, deepen fair play and ensure that the remaining fixtures of the 2021/22 season of the Nigeria Professional Football League (NPFL) are concluded in line with League Fair Play standards.

He was accompanied by President of the Nigeria Referees Association (NRA), Otunba Tade Azeez, the NFF Match Commissioners Appointment Committee Chairman, Babagana Kalli and the NFF Referees Coordinator/ Secretary Referees Commitee, Mr. Zubeiru to the meeting held at the LMC office in Abuja.
The meeting reviewed the season so far and identified areas to strengthen and it was agreed by the parties that only astute and seasoned match officials would be appointed to handle the last six remaining MatchDays starting from this Sunday’s MatchDay 33.

“We took stock of trends in the past seasons and realised that anxiety to either win title, secure continental ticket or avoid relegation sometimes come to play leading to tendencies to disrupt games and or deploy unfair means in trying to get points.

“So, the meeting we called is to ensure that in all fixtures, fairness will be upheld. We are on the same page with the Committee on this”, Dikko said.

Dikko commended the Referees and match commissioners appointment committee leadership and indeed the NRA for their role in ensuring a credible season so far despite some unexpected challenges.

“On Referees, it was agreed that the NRA will encourage their members on the field to be courageous and extra vigilant to interpret the rules and manage games in line with football best practices, especially at this crucial time of the season while the match commissioners are enjoined to be firm and take control of their matches to ensure everything and everyone played by the rules”, Dikko said.

The LMC said it will hold further meetings with the NFF security Committee led by Ibrahim Gusau to discuss enhancement of security structure at match venues while it will also work with the NFF Integrity Unit to ensure any potentials for match interference and unethical conduct are blocked.

The 2021/2022 NPFL season has been very exciting and competitive as the norm in the NPFL with strong competitions at both the top and bottom of the table.

This has made every match leading to the conclusion of the season to be very important and critical with teams either battling to earn Continental slots and or avoid relegation. Thus the imperative to ensure all games are prosecuted successfully within the benchmark of FairPlay.