Marburg Virus: How Prepared Are We? 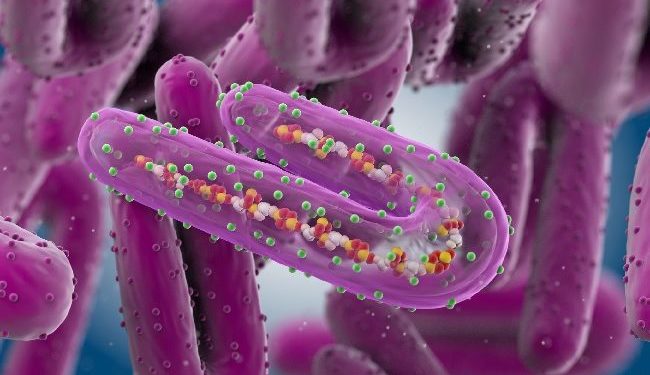 On June 28 this year, two cases of Marburg virus disease (MVD) were reported in the Ashanti region of Ghana, according to the World Health Organisation (WHO). These cases were reported to health authorities as suspected viral hemorrhagic fever (VHF) cases which then tested positive for Marburg virus on July 1, 2022.

The WHO said a cumulative number of 108 individuals – 50 from Ashanti region, 48 from Savannah region, and 10 from the Western region – were identified as contacts of the two cases, all of whom were under self-quarantine and daily monitoring for 21 days.

The incubation period for Marburg virus disease is from two to 21 days. After that, symptoms are sudden and commence with fever, chills, headaches and myalgia. About the fifth day after the start of symptoms, a maculopapular rash, mainly on the chest, back and stomach may happen. Vomiting, sore throat, chest pain and abdominal pain might also appear. The symptoms then become worse and could sometimes include jaundice, severe weight loss, shock, multi-organ dysfunction and massive hemorrhaging.

Two large outbreaks that occurred at the same time in Marburg and Frankfurt in Germany, and in Belgrade, Serbia, in 1967 led to the first identification of the disease.

The spread of the disease was associated with laboratory work making use of African green monkeys (Cercopithecus aethiops) imported from Uganda, after which outbreaks have been spotted in Angola, Democratic Republic of the Congo, Kenya, South Africa (in a person with recent travel history to Zimbabwe) and Uganda. Again, in 2008, two independent cases were reported in travellers who visited a cave inhabited by Rousettus bat colonies in Uganda.

The question is, how prepared is Nigeria if the Marburg virus were to spread to Nigeria? Nigeria has had to deal with COVID-19 and monkeypox without being totally prepared to carry the burden. And now, the WHO has declared monkeypox a global health emergency. According to media reports, about 75 countries have reported at least 16,000 cases of monkeypox currently. Monkeypox has been described as a zoonotic disease. This means that it usually spreads over from an animal reservoir to human beings. Also important to know is that those with monkeypox who have active skin rashes, can spread the virus to others through close skin contact. Monkeypox does not have a cure and generally runs its course, healing on its own after about two to four weeks.

Nigerians have been advised to take precautions to prevent the spread of monkeypox, but how many people actually follow these guidelines? We have seen how most Nigerians no longer adhere to the safety protocols against COVID-19. Most people no longer wear face masks, make use of hand sanitisers or maintain social distance.

It is imperative to state that we are not yet in the clear where COVID-19 is concerned. The Ekiti State commissioner for Health, Dr Oyebanji Filani, in a report said on Saturday, 23 of July, 2022 that Ekiti State had recorded 74 new COVID-19 cases, causing the state to, once more, enforce safety protocols.

The restrictions placed on travel by the COVID-19 was an opportunity to reform the health system to provide topnotch medical care locally and discourage medical tourism by the Nigerian elite, but that has not happened.  Our hospitals and healthcare facilities are still in a shambles. As of November 2021, media reports said Nigeria’s ratings marginally improved on the WHO’s health system ranking – from 187 out of 191 countries 20 years ago to 163 out of 191 countries.

As a newspaper, we urge the governments at various levels to allocate more resources to funding health care, especially in revving up preparedness against Marburg, COVID-19, moneybox and other infectious diseases.  One way to help is to raise health sector funding beyond the 4.2 percent allocated to health in the 36 states and Abuja in the 2022 budget, a far cry from the 15 percent recommended in the Abuja Declaration of April 2001 for African countries.

The governments at national and subnational levels also need to revive primary health care centres across the country as more than 70 per cent of them are not functional.

This is key to combating disease infestation as they are the first port of call for most rural dwellers as well as others. While most public hospitals are the main health facilities for treatment of diseases, they should also be assessed and adequately stocked so as not to fall beneath standard.

It is also vital for the federal government to build more specialist centres for the treatment of viral diseases among others.

Finally, every Nigerian should observe the recommended safety measures and to report any suspicious disease outbreak to the health authorities.