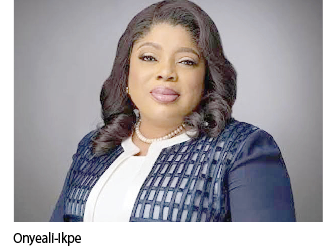 Recently, the former governor of the Central Bank of Nigeria (CBN), Chukwuma Soludo, was quoted as saying that but for the banking consolidation which he supervised, there would be no mega-businesses in the country and the rich would not be where they are today.

Soludo who is now, governor of Anambra state, said no bank in Nigeria was in the top 1,000 banks in the world and if one needed to make an investment of $500 million, one had to go through the then 39 banks. However, after the consolidation exercise, 25 healthy banks emerged as 14 were scrapped and cleared up the system.

Three years after the consolidation, 14 Nigerian banks made it to the top 1,000 banks in the world, and two of them made the top 300 banks in the world. Also, before, if you wanted to borrow abroad, there was no bank here to guarantee that. That was when Nigerian banks began to have the muscle to be able to compete for big businesses. Also, before the banking consolidation, mega-businesses were impossible in Nigeria, including airline business.

The story is different today as Nigeria now has big banks, which are rated and classified using the indices such as Tier 1, 11, and 111 as well as others , by local and global rating agencies. Tier 1 bank or capital refers to the core capital held in a bank’s reserves and is used to fund business activities for the bank’s clients. It includes common stock, as well as disclosed reserves and certain other assets. Along with Tier 2 capital, the size of a bank’s Tier 1 capital reserves is used as a measure of the institution’s financial strength. In other words, Tier 1 banks are regarded as the fulcrum of the Nigeria’s finance and economic system. They are referred to as the “too big to fail” banks because of their importance to the economy.

In Nigeria, these banks control more than three-quarter of the banking assets and they are seen as representatives of the entire banking system. Currently, they are Access Bank, which leads the pack with an asset size of N11.73trillion, then ETI (N11.69trillion), Zenith (N9.45trillion), UBA (N8.50trillion), FBNH, and GTB complete the list of first-tier banks having recorded assets in excess of the N5trillion cut-off.

However, according to the Proshare Bank Strength Index (PBSI) calibration, FBNH and ETI exit the tier 1 category, while Fidelity Bank and Stanbic make a first-time entry into the class of first-tier banks. “ But this doesn’t come as a surprise, since both FBNH and ETI recorded NPLRs over the five per cent threshold and would in fact be technically regarded as Tier 11 banks even under the old paradigm.”

According to Proshare, this result is an index that ranks Nigerian banks based on their aggregate points from CAR, NPL, LR, and Board’s Gender Mix (a proxy of Governance). These performance ratios were selected after querying half a dozen other variables namely: Assets Size (Ass), Gross Earnings (GRE), Net Interest Margin (NIM), Cost to Income Ratio (CIR), Digital Earnings, Loans to Deposit Ratio (LDR) Cost of Risk (CoR) and Ratio of Non-executive-to total directors

For Zenith Bank, its total grew by 11.4 per cent to N9.45trillion in 2021 from N8.48trillion in 2020. The growth in Zenith Bank total assets was driven by 21per cent increase in customers’ deposits in 2021 as gross loans grew by 20per cent, propelled by both corporate and retail lending activities.

The bank institutions contributed N2.3 trillion to the nation’s real Gross Domestic Product (GDP) in 2021, up by 10.5 per cent from 2.1 trillion in 2020. GDP, Q4 2021 report of the National Bureau of Statistics (NBS) show that the contribution of banks and other financial institutions to the real GDP rose slightly by two basis points to 3.2 per cent from 3.0 per cent in 2020.

According to the NBS report, banks, financial institutions excluding insurance, in real terms recorded year-on-year, YoY, growth in three quarters in 2021, namely Q1, Q3, and Q4. In Q1’21, the segment recorded 0.15 per cent, YoY, growth to N555.6 billion from N554.72 billion in Q1’2020. The contribution cuts across all sectors of the economy .

Nigerian banks are recognising the need to expand their services to financially excluded customers. The financial inclusion rate increased from 56.8 per cent in 2016 to 63.2 per cent in 2018. The target for 2020 was 70 per cent. There is still a huge market to be explored and banks can leverage more on technology, service design and marketing to provide affordable financial services.

The banks are not oblivious of their corporate social responsibility (CSR). Twelve commercial banks on the Nigerian stock exchange donated a sum of N22.82 billion as part of CSR in 2021, increasing by 27.5 per cent compared to N17.8 billion donations made in the previous year.

Fidelity Bank’s contributions via these indices

Fidelity Bank, which is a full-fledged commercial bank  operating in Nigeria is quoted on the Nigerian Stock Exchange (NGX), began operations in 1988  as a Merchant Bank. In 1999, it converted to a commercial bank and became a universal bank in February 2001.

The bank has a wide reach across all channels of distribution including 250 business offices and a robust digital banking platform. Focused on select niche corporate banking business segments as well as Micro, Small and Medium Enterprises (MSMEs), Fidelity Bank is rapidly implementing a digital based retail banking strategy which has resulted in increased customer base and double-digit growth in Savings Deposits for nine consecutive years.

Over 56 per cent of the bank’s customers are enrolled on the bank’s mobile/internet banking platform, while 90 per cent of total customer transactions are now done on its electronic banking channels.

Fidelity Bank is reputed for integrity and professionalism. It is also respected for the quality and stability of its executive management team that is focused on building and maintaining a virile and widely accepted brand to cater to the needs of its growing clientele.

In the financial year which ended  December, 2021, the bank  recorded 35.7 per cent growth in profit before tax (PBT) to close the year at N38.1billionn according to the bank’s  financial result. Analysis of the results indicates that the bank grew Gross Earnings by 21.6 per cent YoY (23.2er cent QoQ) to N250.8billion driven by a combination of 60.3 per cent growth in non-interest revenue (NIR) and 15.2 per cent increase in interest and similar income.

The bank closed the financial year with strong double-digit growth in profit and across key balance-sheet lines, which reflects the disciplined execution of its strategy and capacity to deliver superior returns to shareholders. Profit before tax grew by 35.7 per cent to N38.1billion from N28.1billion in 2020FY, which translates to an increase in RoAE to 12.5 per cent from 10.5 per cent in 2020FY.

Detailing the contribution of the bank’s digital-led retail strategy to its financial performance, managing director of the bank, Nneka Onyeali-Ikpe stated, “Digital Banking gained further traction driven by new initiatives in our retail business and the enhancement of existing digital banking products. We now have 56.0 per cent of our customers enrolled on the mobile/internet banking products and 90.0 per cent of total customer-induced transactions done on digital platforms with digital banking business contributing 27.6 per cent to net fee income.”

Despite headwinds occasioned by the Covid-19 pandemic, the Bank’s share price rose by 35 per cent between Januarys 2021and April 01, 2022, placing it among the most actively traded stocks on the Nigerian bourse floor. The performance of the Bank’s share price is a reflection of the high investor confidence in its strong fundamentals and leadership team.

Currently, Fidelity Bank runs a radio program on Inspiration FM, Lagos, to educate MSMEs and give the necessary insights to accessing loans from their bank. They raised the bar as they went a step further to also create a Managed MSME Division within the bank structure to cater for MSMEs. It currently oversees 250 business offices, 774 ATMs, and 4,046 POS terminals. Net income: NGN 26.65 billion (2020) .Total assets: NGN 2.89 trillion (3/2021

In 2021, the bank received several awards and accolades including the Citibank Straight-Through Processing (STP) Excellence Award, with 2021 making it the 10th consecutive year of receiving this prestigous award for efficiency in international transactions with correspondent banks. In addition, your bank received the Business Day Awards for Fastest Growing Bank of the Year, and MSME and Entrepreneurship Financing Bank of the Year, as well as the Development Bank of Nigeria (DBN) Award for the Participating Financial Institution (PFI) with the highest disbursement in the DBN focused locations.