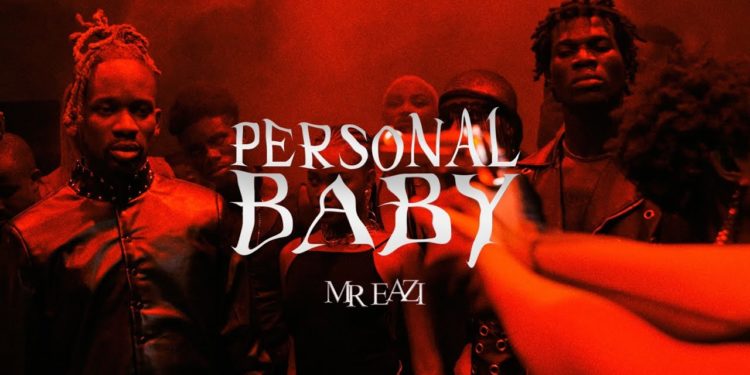 Nigerian singer Mr Eazi has released the second single titled “Personal Baby”from his long awaited debut album.The musician who has been in the industry for over a decade is yet to release a full length album.

The track, which was produced by Grammy-winning Nigerian hitmaker Kel-P (who has worked with the likes of Burna Boy, Wizkid, Angelique Kidjo), premiered on Apple Music’s The Dotty Show, whilst the futuristic music video, directed by Ademola Falomo, accompanied the release.

“The video goes from lovey dovey to darkness,” Mr Eazi explains. “It’s those extremes I’m trying to capture.”
A moody love song co-written with afropop superstar Teni, Personal Baby re-imagines the smooth, mid-tempo Banku Music sound that Mr Eazi defined with hits like Skintight and Leg Over, but with a slightly deeper, darker edge.
The jam comes on the heels of Eazi’s recently released single, Legalize.