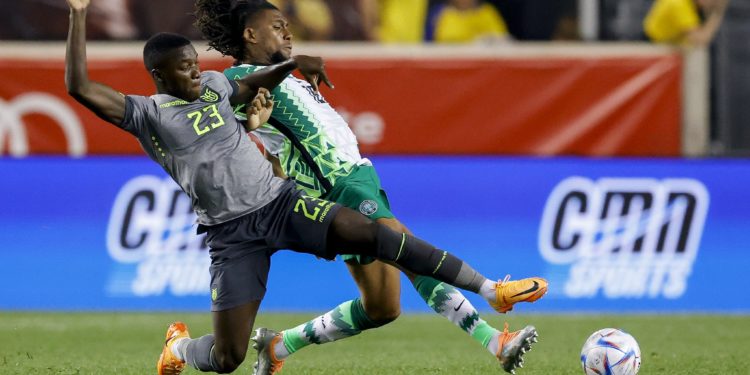 The Super Eagles, in the early hours of Friday, lost the second of their two friendly matches in their tour of the United States of America.

José Peseiro’s men suffered a narrow defeat against the La Tri of Ecuador as the match ended 1:0 at the Red Bull Arena Stadium in Harrison, New Jersey.

The South Americans secured a early lead in the game, scoring as early as the 3rd minute when Pervis Estupinan who plies his trade with the Spanish side, Villareal, capitalised on a poor defending from the Eagles and his was the difference after the 90 minutes of the game.

Although, the 2013 African Champions were a much improved team in the game against Ecuador compared to the game earlier played against Mexico. They only lost this game due to poor marksmanship.

This is now the second defeat for the Super Eagles in their U.S tour. Recall that earlier in the week, they lost 2:1 to the El TRI of Mexico at the AT&T Stadium in Dallas, Texas.

They will return to Nigeria’s capital to face Sierra Leone on the June 9 for the first round of their AFCON 2023 qualifying fixtures. The match will be played at the Moshod Abiola National Stadium in Abuja.