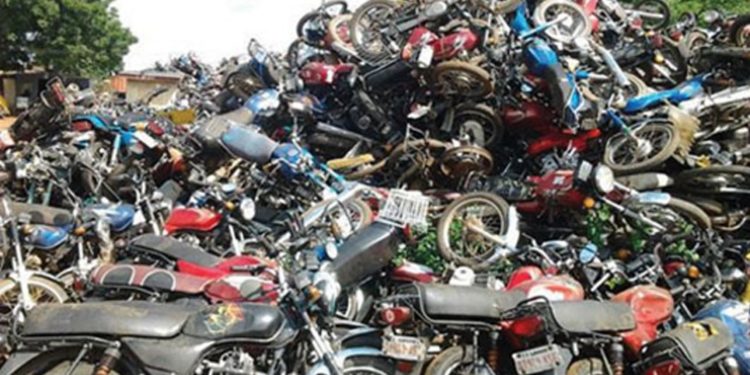 The Lagos State government yesterday said it has commenced enforcement of the ban on commercial motorcycles, also known as Okada, in six local government areas and nine local council development areas of the state, urging Lagosians to use alternative means of transportation provided by the government.

The commissioner for information and strategy Gbenga Omotoso who confirmed the enforcement on a Television Continental (TVC) Programme, “Your View”, reiterated that the ban was taken to ensure security and safety of Lagosians.

Omotoso said: “During the first quarter of this year, the record shows that over 1,712 accidents were recorded, with okada constituting 767 or 45 percent of them. Of all the victims, 54 percent are between 30 and 39 years old; our young people.”

He reiterated that during the meeting with DPOs, area commanders and the commissioner of police, Governor Babajide Sanwo-Olu handed down the explicit instruction of ensuring effective enforcement of the ban.

Harping on alternative means of transportation in the state, the Commissioner said the state government launched over 500 First and Last Mile buses.

He said 200 have been rolled out in the last week to serve as an alternative to Okada.

Omotoso said, “The state government is doing a lot in transportation, which is the first pillar of the administration’s T.H.E.M.E.S Agenda. Fifteen jetties are under construction and some of them are at 90 percent completion stage. Some in areas like Apapa, Liverpool, Ijede, Ilashe, Ajido, Ebute-Ero, Mile Two and others are being completed.

‘’In the last three years, LAGFERRY has been operating with no single record of accidents; so, Lagosians are encouraged to use these alternatives to ensure the safety of all.”