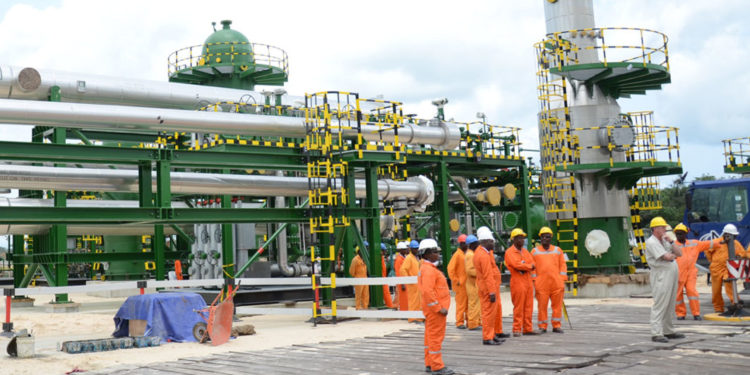 The ambitious target of the federal government to boost exploration and production and increase oil reserves to 40 billion barrels and output to 3 million per day is significantly challenged following incessant pipeline closure and maintenance work at major oil fields.

This has plunged Nigerian crude oil output to nearly three decades low in the recent weeks.

S&P Global Commodity Insights quoted unnamed senior official from the ministry of Petroleum Resources, who mentioned the fields supplying Bonny Light and Qua Iboe, which are the two leading export grades, were closed for maintenance in May but regular supply was “gradually returning.”

Contrary to the reports, other sources within the oil industry said, the Trans Forcados and Nembe Creek pipelines had been sabotaged, and the flow through them has been intermittent throughout the past month.

Despite being Africa’s largest oil producer, Nigeria has been contending with several security, operational, and technical problems in its major oil infrastructure since early 2021, with Nigerian Upstream Petroleum Regulatory Commission revealing the country witnessed a 14 per cent month-on-month fall in crude and condensate production in May, translating to a 1.279 million b/d drop in output.

According to S&S Global estimates, the May month-on-month fall was the lowest in over three decades.

Nigeria’s crude and condensate production has dropped to almost 50 per cent of its production capacity, which is about 2.2 million barrels per day.

Most major oil fields, terminals, and facilities have encountered a barrage of problems, with the recent sustained attacks on oil facilities aggravating the situation. Increasing cases of pipeline sabotage and insecurity in the Niger Delta are also slowing the growth outlook of Africa’s largest oil producer.

“Political risk may worsen ahead of the elections in early 2023. Production has averaged approximately 300,000 b/d below its OPEC+ quota since mid-2021 due to technical outages, theft, sabotage, and force majeur,” said Patts Analytics.

The declining oil production comes when Nigeria is fighting a divestment wave from international oil companies.