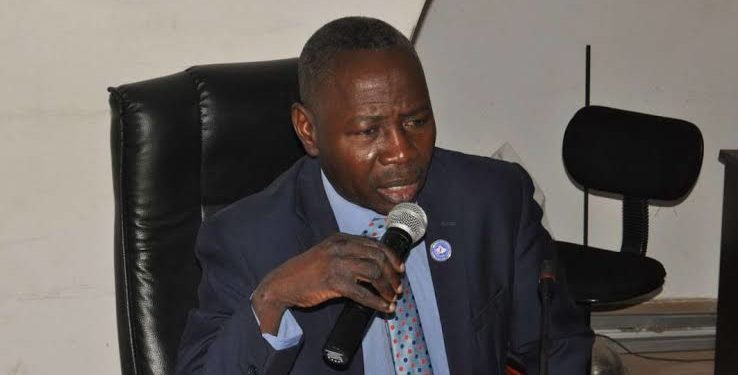 Surveyor-general of the federation (SGoF), Abudulganiyu Adeyemi Adebomehin, has tasked the Human Resource Management (HRM) Department of the Office of the Surveyor General of the Federation (OSGoF) to digitalise its operations.

He gave the directive during the training of members of staff of the HRM on registry procedure, handling of official records and documents at the Survey House in Abuja recently.

Adebomehin said, “Such would reduce wastage and guarantee safety of official records adding that staff should be mindful of the relevance of government records and documents.

“Strictly adhere to the Public Service Rules (PRS), work ethics and etiquette. Also acquaint yourselves with the rules and regulations guiding the public and civil service.”

While advising them towards improving their skills, he pledged to support staff in training and retraining to enhance efficiency and productivity.

In her remarks, the Head of the HRM Department, Mrs. Philips Ogoliba, said the department was the hub of all personnel of various departments and units.

She said activities of the department remained relevant to staff welfare, discipline and morale hence the raining.

Speaking on behalf of trainees, Mrs. Victoria Chineye Nwankwo thanked the SGoF for his commitment to staff training and development.

She also commended the SGoF for attending the training personally as a source of encouragement in spite of his tight schedules.

Two resource persons, Mr. Adeniyi Morounwi from the Office of the Head of the Civil Service of the Federation, and Mr. Ajagbe Ismaila Olanyika, Head Registry of OSGoF took the trainees on the PSR, handling of official records and registry procedure.