Cristiano Ronaldo Could Be On His Way Out Of Manchester United 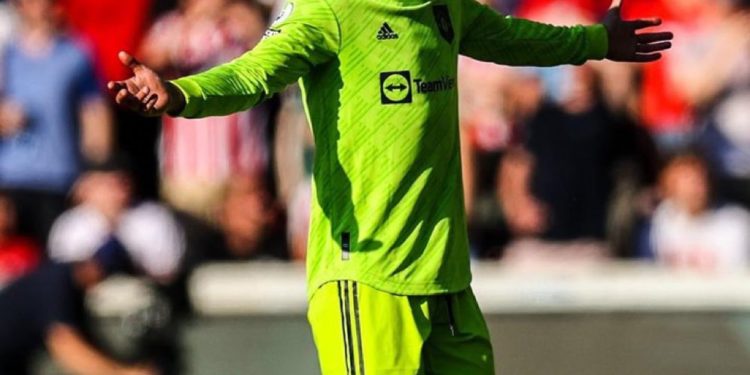 Manchester United have refused to comment on whether or not they are willing to let their best player, Cristiano Ronaldo, leave Old Trafford amid rumors of his deteriorating morale at the club.

When manager Erik ten Hag publicly acknowledged Ronaldo, 37, was not for sale and still an integral member of his plans, it seemed like all would be well – however, things took a turn recently. Senior players have been concerned about how quickly the overwhelmingly positive feelings around the camp generated during their successful pre-season tour to Thailand and Australia have disappeared.

With one year left on his contract when he returned to the club from Juventus less than 12 months ago, Ronaldo had demanded that United allow him to leave this summer. In spite of successive Premier League defeats against Brighton and Brentford (and rumors), some blame has been put down to Ronaldo himself – suggesting he’s a bit of a negative force within the team dynamic; barely communicating with other players while they eat together at lunch, and vocally vocalizing his displeasure over being unable to play elsewhere.

Why would he want to leave?

One of the world’s most famous soccer players, Cristiano Ronaldo, could be on his way out of Manchester United. Reports have surfaced that the striker is unhappy with the club and is looking for a way out. While no official statement has been made, it is believed that Ronaldo is unhappy with the club’s lack of investment in players and staff.

According to Beton.ng, He is also said to be disappointed with the team’s performance this season. If Ronaldo were to leave, it would be a huge loss for Manchester United. The striker has been with the club for six years and has scored numerous goals. He is one of the most popular players on the team and his departure would be a blow to the club’s image.

Where would he go?

With Cristiano Ronaldo’s future at Manchester United up in the air, it’s possible that the striker could be on his way out of the club. If he were to leave, where would he go? There are a few different options for him with all of them looking likely for CR7: 1) He could return to Real Madrid – the team where he has played his entire career; 2) He could join Juventus who just lost their star player and won’t want another heartbreak; 3) He could sign with PSG who is struggling and needs a new superstar; 4) Bayern Munich is rumored to have made an offer already; 5) The Chinese league also offers a lot of money which may make it worth taking as an option.

How much would it cost?

Real Madrid is reportedly interested in signing Cristiano Ronaldo from Manchester United, and it is said that they are willing to pay up to £131 million for the striker. However, it is not just the fee that must be considered. Ronaldo’s wages would also be a huge financial burden, as he currently earns £365,000 a week. If he were to move to Madrid, it is thought that he would demand a wage increase to £500,000 a week. This would make him the highest-paid player in the world, ahead of Lionel Messi and Neymar. Given all this, it seems unlikely that Manchester United would be willing to let Ronaldo go without getting an outstanding offer.

Speaking on Sky Sports about Cristiano Ronaldo earlier this week, former Manchester United player Gary Neville commented: There is a huge decision to make concerning Ronaldo. He isn’t happy and now the dilemma becomes what will happen if they lose him?

There are no other goalscorers left on the pitch without him. If he leaves and they don’t replace him then the team would likely end up near the bottom of the league.

Five-time Ballon d’Or winner Ronaldo was United’s leading scorer last season—and third in England—but underperformed for his squad when it mattered most and as such, missed out on Champions League qualification at the end of it all.

You can bet on where Ronaldo will end up straight from your mobile by using the mobile app Melbet. Not only do they offer great odds but a wide variety of betting markets.